Well, we (the New England Patriots) won the Super Bowl in February and tonight the pregame show was all about celebrating the hard fought victory. The house was packed and excited. There were speeches and fireworks and music and the atmosphere was electric.

The team was all business as usual. Here is a picture of the offense and defense practicing. 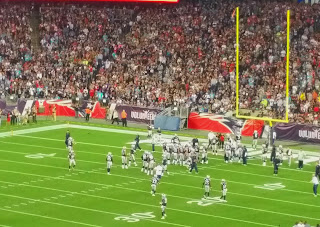 We all had our eyes on the banners above the stadium, waiting for the banner that commemorates the 5th Super Bowl victory to drop. Can you find me in the picture? Good luck with that! 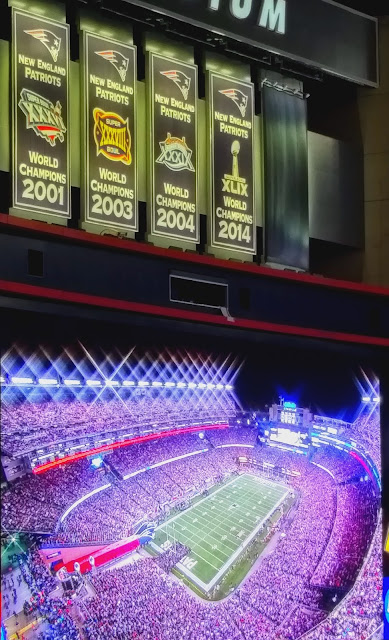 Here are the four banners. 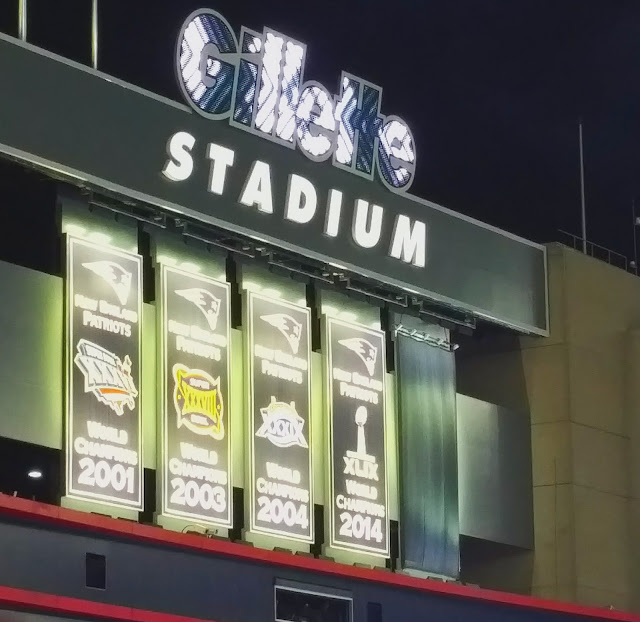 And a lot of fireworks! 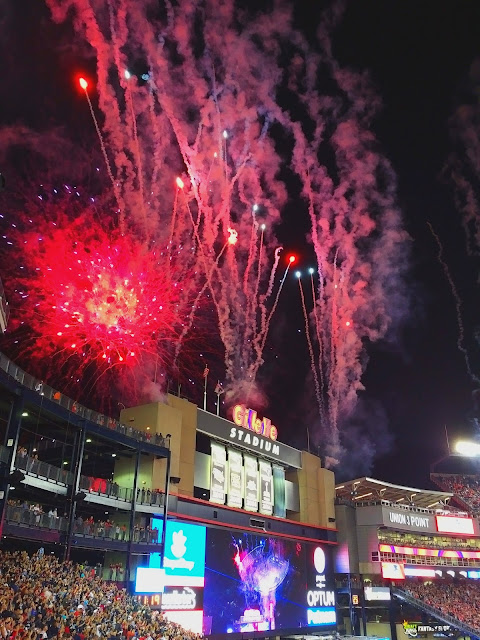 Then there were the five trophies on the field with an introduction of players on the various Super Bowl teams. 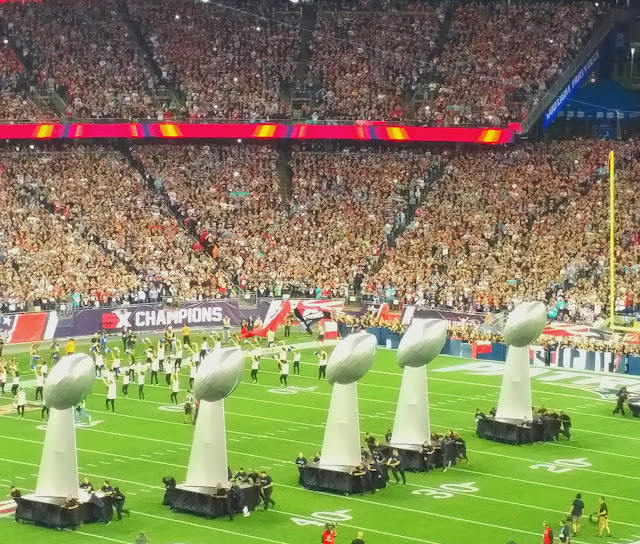 Then even more fireworks and the fifth banner dropped. Super Bowl Champions again! This one was perhaps the sweetest. 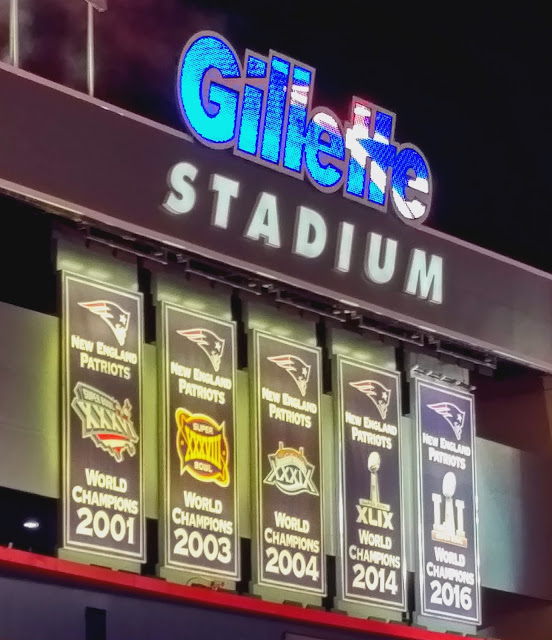 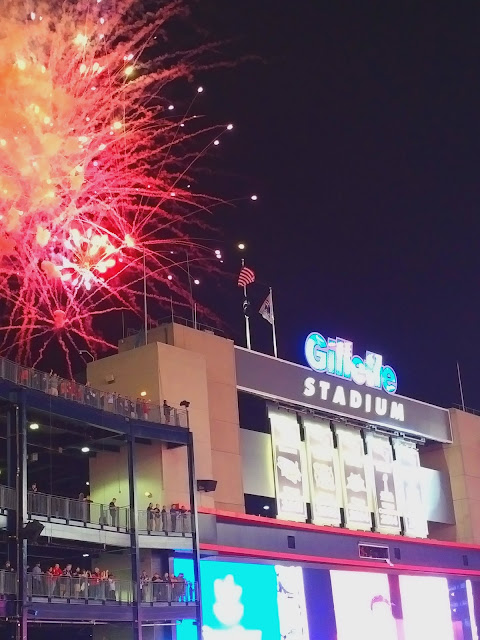 And finally the team, led by Tom Brady, enters the field to thunderous applause. 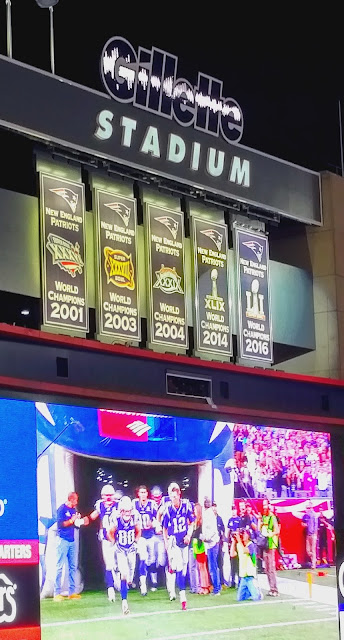 The crowd goes crazy with the thrill of reliving such an intense game. And anticipation of a great 2017 season. 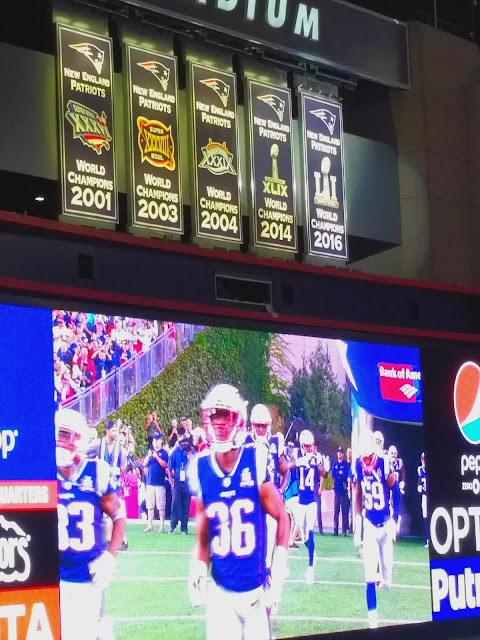 It started off great. We scored a touch down early on our first possession. Yes, we have another Super Bowl in site. WE have faith and trust in our team. 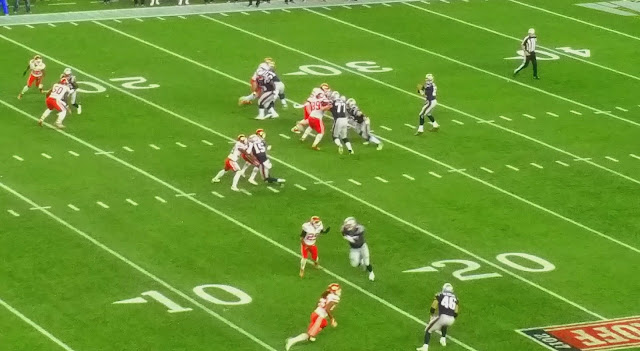 But then, we lost. Yes, after all of this fanfare for the fans, our beloved New England Patriots lost the opening game to the Kansas City Chiefs. What a downer on such an exciting pregame show and first half.

But - Never lose faith, after all, we were losing this last Super Bowl by 25 points and won in overtime. If anything we have learned, never count out the Patriots! On to the next game.