You might have noticed that I didn't post after last week's game. Yes, the NE Patriots lost to Pittsburgh and for once it did not feel like a win-win to me. I wanted the Patriots to look good and win, and they looked bad and lost. Note to self - it is only a game. But I was bummed and just wanted to put it behind me and move on to this week. Sounds a bit like the coach.

So today I went to the game not sure if we even had a good chance of winning. Two straight loses can do that. But we won - we beat the Buffalo Bills 24 to 12. Not a great team, I might add, but a win is a win. We had decent weather for a winter game, cold but not bitter and the sun was out too. Now we are division champs for the 10th straight year - an important statistic for any team. It is one of the longest streaks in the NFL.

So one more game for the season - next week the New York Jets at home. Another team that is sometimes hard to beat. Then we are off to the playoffs. Is the Super Bowl within our grasp?

The team is preparing to enter the field. Look on the screen to see two of my favorite players Tom Brady and Julian Edelman. 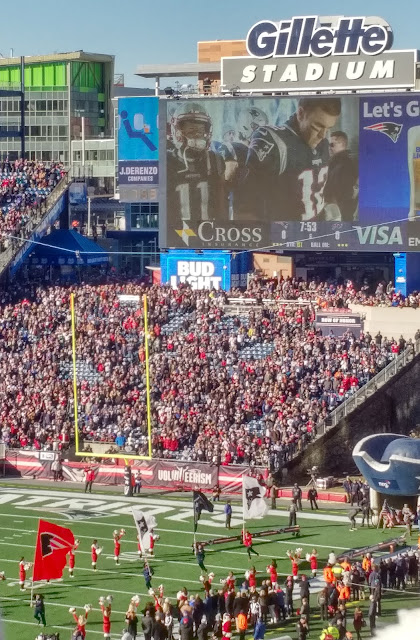 Next play was a touchdown. 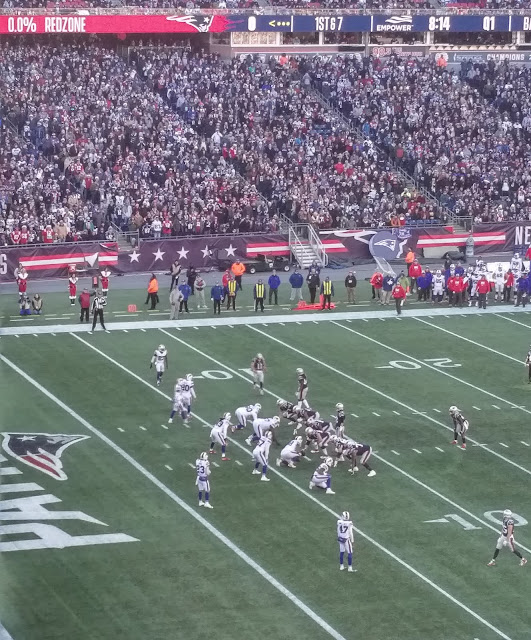 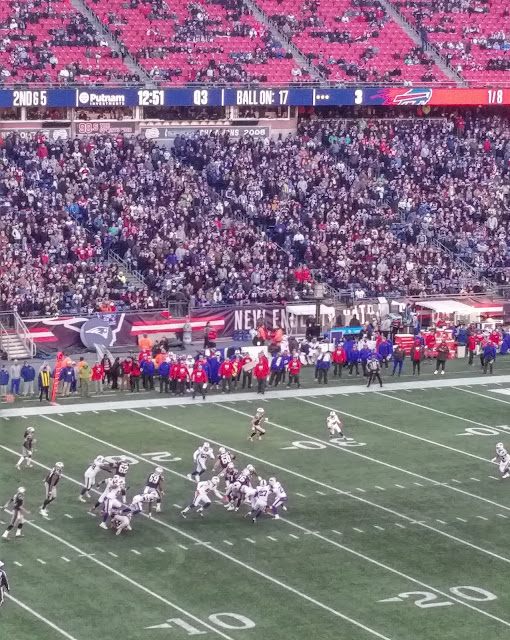 A good game to attend. Thrilled we won. 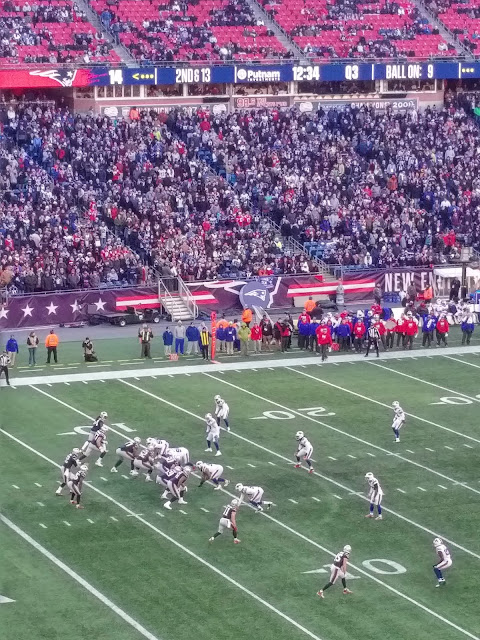