Forgive me as I reflect on the events of the last two weeks as we prepare for a big game tomorrow versus the Pittsburgh Steelers. I attended the New England Patriots game against the Minnesota Vikings two weeks ago.  It was great - because we won handily. It was a victory that came much easier than I thought as Minnesota is a good team. So that created a strong sense of confidence that we have a really good team, the team made good progress in improving, our defense is tough, our offense on point, and who knows - the Super Bowl again this year? The glory days!

So foolish. So naïve. We lost to the Miami Dolphins in the last second of the game. A team, with no disrespect, has no where near the talent or record as my beloved Patriots. But what Miami has includes a couple of our players from last year with a strong drive and motivation to win and more wins against us on their home turf than loses.

Did a five point lead with 7 seconds left on the game clock lead to complacency for the team? It did not for me as I yelled at the TV they have 7 seconds to score! Seven seconds is ALOT of time! Funny, only my dogs get excited when I yell at the TV. I have learned not to yell "go - go" while watching a game as they think they need to run to the door. How many times I made that mistake I cannot tell you! But I did my best to warn my team that Miami had a great game plan and watching them execute it perfectly and cross the goal line UNTOUCHED was more than my heart could bear. How could we not have stopped the runners? How could an injured quarterback lead the team to an improbable victory? How could our defense look as if they already left the field for the showers? How could they do this to their loyal fans?! And all the coach had to say was nobody died.  Nobody died?????? We all died a little watching our win disappear. Nobody died, what a comment.

So tomorrow is another big game. For me personally it is usually a win-win type of event as we play the team from my childhood, the tough and competitive Steelers. But if my Patriots do not win, I will be sorely disappointed in them. We need the win and they need to play better - the entire 60 minutes. And win. Nobody died. What a poor comment for a loss that should have been an easy win. But as coach likes to say, on to the next game. We are focusing on the next game.

And while we fans are still licking our wounds from this loss to Miami, I am reliving the glory days of the victory on 12/03/18 against the Vikings. I took this video of a Patriot  touchdown from my seat at the Gillette Stadium. Will look at it again just in case we don't get another one tomorrow!

Here is a picture of TB12, JE11 and Gronk and the offense. 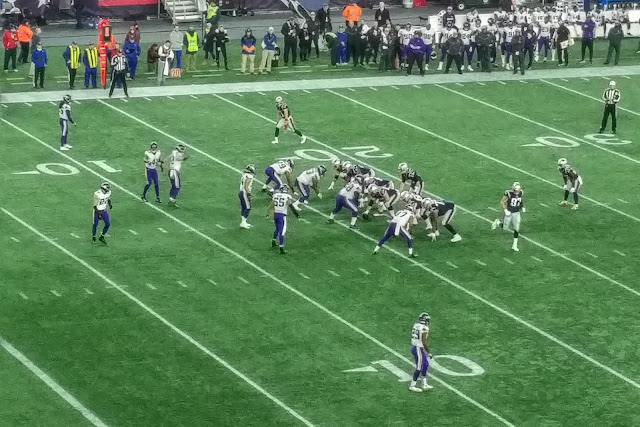 It was a bit rainy but not too bad. When we win, we can weather any weather! 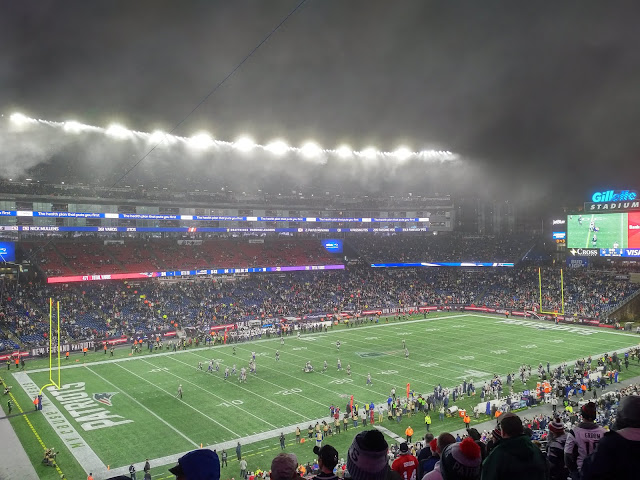